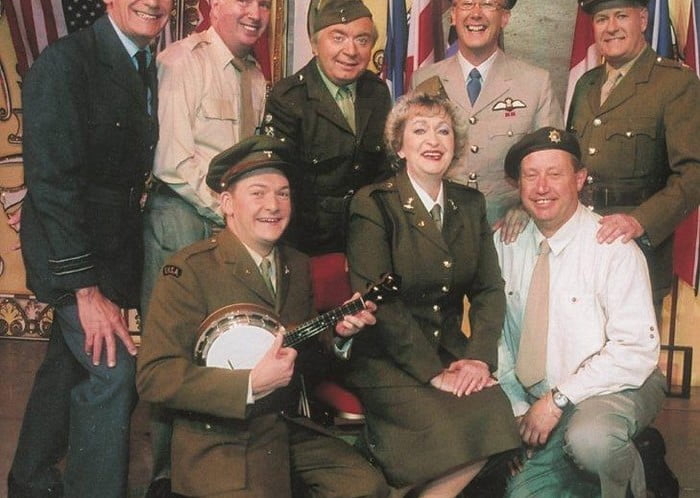 The record breaking touring show presented by DUGGIE CHAPMAN MBE, WE’LL MEET AGAIN clocks up an amazing 15th year on the road in 2013 and has been ACCLAIMED as Britain’s best matinee show.

With a new programme, here is a show for everyone who wants to be cheered up in these sombre days, and that means most of us! The regular show team return with Comedy Star ADAM DAYE from TVs “Who Do You Do” recalling the wonderful comedy radio stars of the period. Back by very special request is MARILYN HILL SMITH from BBC Friday Night Is Music Night. Marilyn has just concluded a years tour with the West End Musical THE SOUND OF MUSIC where she played “Mother Abbess” with enormous show stopping success. She will bring back the memorable songs of Vera Lynn and the Music of Ivor Novello.

Ace musical entertainer ANDY EASTWOOD, now acknowledged as Britain’s best exponent on the Ukulele features both Formby favourites and classical pieces never before heard on an ukelele. Andy also presents his tribute to French Violinist Stephane Grappele with swing violin melodies with your host MERVYN FRANCIS famous from his appearances with the Black and White Minstrel Show completing this great cast.

With the fabulous music of The Martyn St James band, here is an afternoon show with a recollection of the days when music was music.

It’s great fun and damp-eyed nostalgia that leaves everyone with a warm and sentimental glow.