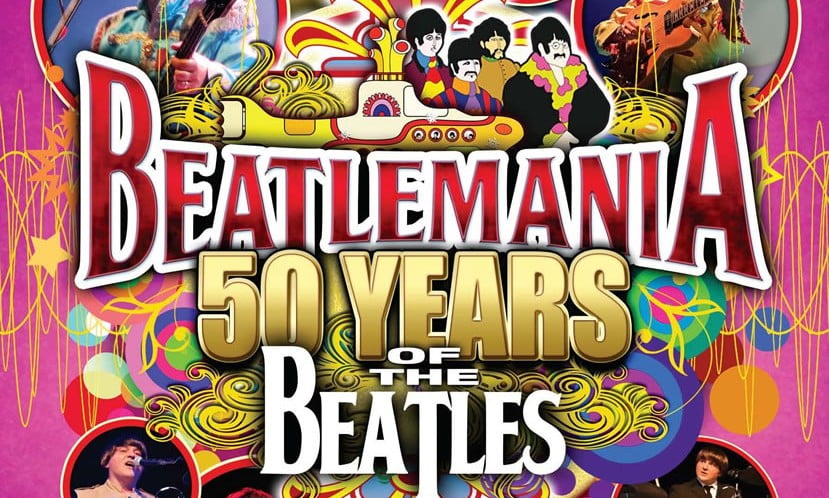 It was fifty years ago since The Beatles released their debut album “Please Please Me” and then went on to dominate the charts throughout the world and become the greatest, most successful act in the history of popular music. Later the same year the “fab four” released their second album “With The Beatles”, which instantly replaced “Please Please Me” at top of the charts. It was the first ever U.K. album to sell 1,000,000 copies and remained at No.1 for 21 weeks, giving the band a continuous run of 51 weeks at the summit! This, along with four u.k. number one singles and three chart topping E.P.s, made 1963, without doubt, the year that launched The Beatles to the world, and that was just the beginning…

The BEATLEMANIA show superbly recreates the legendary live performances of The Beatles from their ‘moptop’ roots, through the psychedelia of Sgt. Pepper then on to the final years of Abbey Road and Let It Be.

However, with this being the golden anniversary year, the first part of the show will feature songs ALL from 1963.

Beatlemania, are established as one of the leading Beatles shows in the world and have performed for many famous people including David and Victoria Beckham, Sir Richard Branson, Madonna and numerous film, T.V. And sports stars.