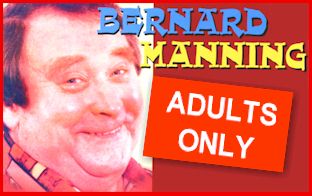 This legend of British Entertainment returned to the Pavilion for ONE NIGHT ONLY!

He is the comedians choice as their number one stand up comedian… constantly in demand 365 days a year.

Bernard has been described as ‘an entertainment institution’ and has appeared at all major venues in Britain and has travelled extensively abroad and has even played Las Vegas.

His latest fans include David Beckham, Madonna and her husband Guy Ritchie!

He was the first comedian to be honoured with a one hour long special Heroes of Comedy whilst still being alive!