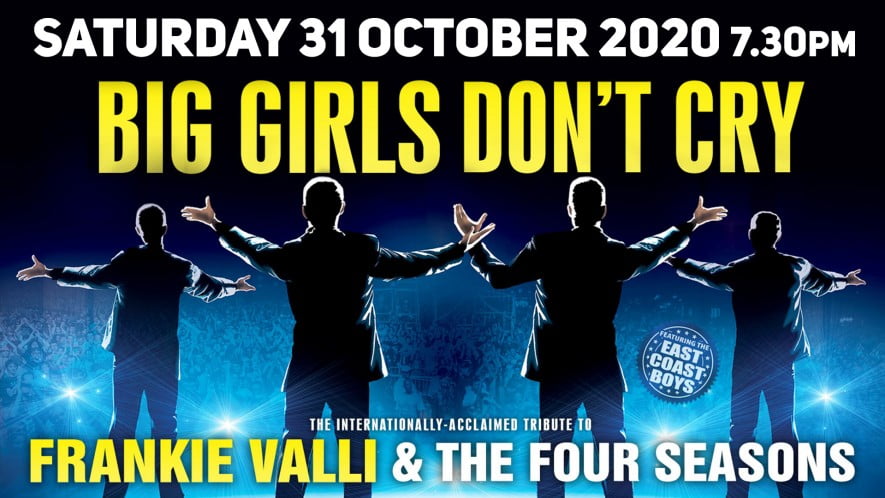 Come and experience the iconic sounds of Frankie Valli & The Four Seasons authentically recreated by a phenomenal cast and live band.

During the sixties and seventies number one hits Sherry, December 1963 (Oh What a Night) and Big Girls Don’t Cry helped propel the Four Seasons and Frankie Valli to stardom.

After selling an incredible 100 million records worldwide, there’s a Four Seasons song that shares a special place in everyone’s heart.

This is a tribute show and is no way affiliated with any original artists/estates/management companies or similar shows.