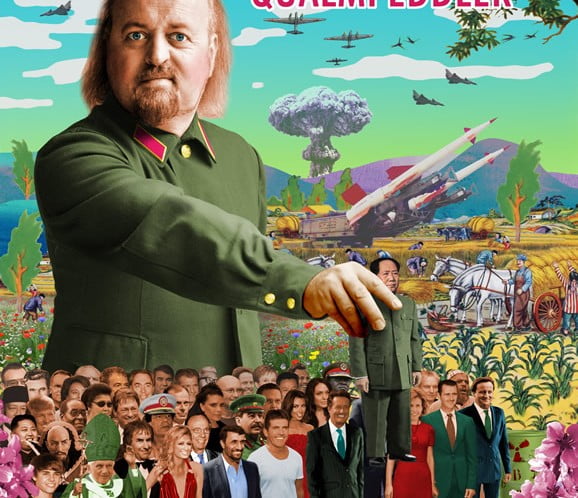 “Witty, clever and cheeky, Bailey was wickedly funny on every topic he broached.”

According to the press down under QUALMPEDDLER shows Bill as a “true 21st century polymath.  A unique comedic gift, a pitch-perfect musician, a talented actor…  All this makes for a show that is at once funny, incisive, and musically astonishing.”

Bill Bailey had Doubts about the modern world, but these have now grown into Qualms. He will be channeling these feelings of Unease and Apprehension, with the help of Religious Dubstep, his folk bouzouki, Horntallica, a re-appraisal of some of the world¹s greatest works of art and perhaps a dub version of Downton Abbey. He looks at the Consequences of Lies, the Unending Search for the Higgs and the Hiding Skills of Dentists. Bill tries to confront his Cluster-Qualm of living in a Time of Spectacular Ignorance, Nuclear Worry, Rare Planetary  Alignment and Spice Girl reunions that may be part of the Mayan End of Days prophecy. Come savour this Broth of Anxiety with Bill Bailey ­ Qualmpeddler.

This show has the all classic Bill Bailey elements, trademark musical mash-ups, multi-lingual riffs, films, songs, philosophizing and silliness on a grand scale… Plus one amazing owl.