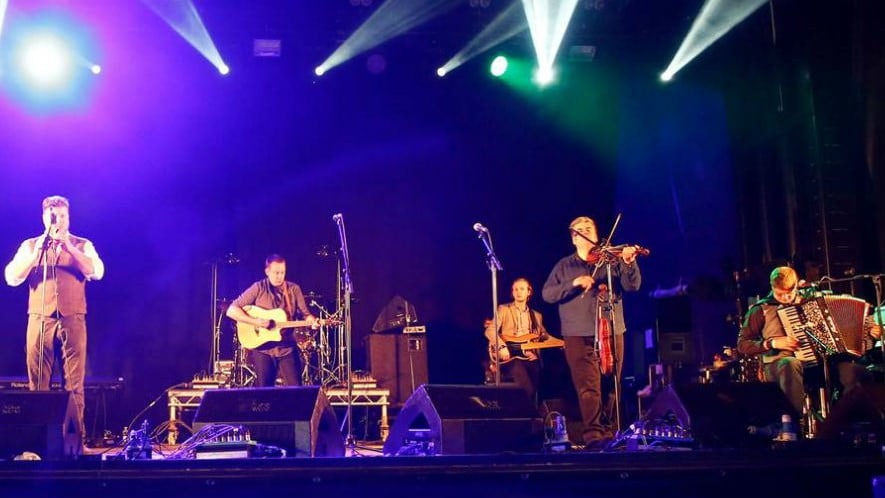 With the spring release of their seventh album, aptly named The Seventh Wave, Scottish West Coast folk-rock supremos Skipinnish have sold out their every single gig in 2017, from Stornoway to the Borders via big-city halls, and including Glasgow’s Barrowland in September. Nowadays comprising co-founding accordionist Angus MacPhail and piper Andrew Stevenson with lead singer/guitarist Norrie MacIver, more pipes and whistles from Alasdair Murray, Jonathan Gillespie on piano and drummer Rory Grindlay, they’re joined tonight by the one and only Malcolm Jones, from Runrig, and 2017 Mod Gold Medal winner Rachel Walker – who also opens the show with Gaelic song supergroup Cruinn.