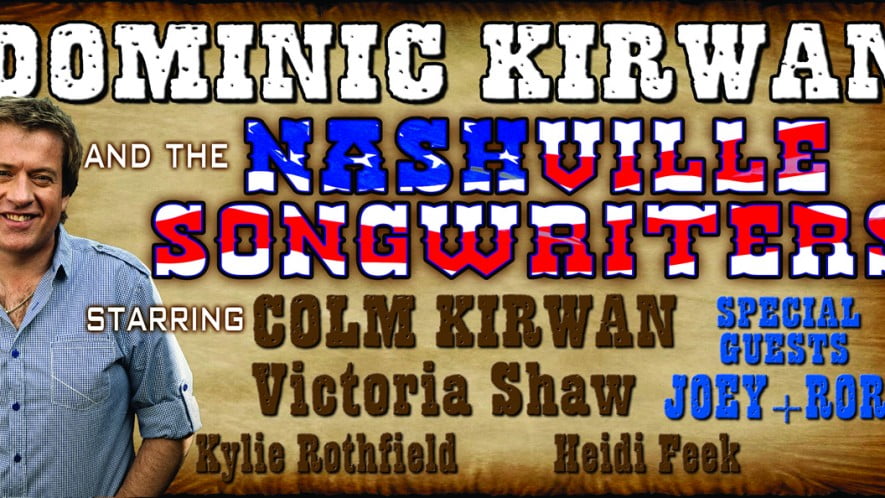 This exciting show features DOMINIC KIRWAN, Ireland’s number one singing star performing with the best of the fabulously talented Nashville’s Singer Songwriters direct from the USA….

VICTORIA SHAW, who has songs on over 65 million albums and is an EMMY and CMA award winner, has written many hits such as ‘I Love the Way You Love Me’,  ‘The River’ and ‘She’s Every Woman’

HEIDI FEEK is a new up and coming young star from Nashville and KYLIE ROTHFIELD  an amazing new talent set to take the music scene by storm.

SPECIAL GUESTS JOEY AND RORY, winners of the American TV show ‘Can You Duet’ who recently had a Top 20 Chart hit with ‘Cheater Cheater’.   The beautiful harmonies of this husband and wife duo are an experience not to be missed.

The show is topped off by the one and only COLM KIRWAN, now Nashville based and  who is now an accomplished and sought after singer, songwriter going from success to greater success with his newly released album and US concert appearances with Don Williams.

The combined talents of these amazing artistes will make this a night to remember and never forget!!