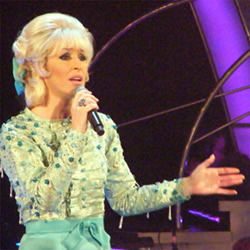 Katy has been in love with making music since she was 4 years old. Learning piano from a very early age, she decided to pursue a career as a musician long before she left school.

Regular gigs at folk clubs near to her birthplace, Chalfont St. Giles, in her early teens were well attended and she soon gained a reputation for her powerful and mature vocal prowess.

At 16 she left school, St. Clement Danes in Chorleywood, and supplemented her employment as Head of Electronic Instruments at Watford’s Hammond’s Music Shop with gigs of all sorts at every local venue. From funk to heavy metal and back to more folk and soul, Katy could be found singing and playing keyboards somewhere in and around London most nights of any week.

This varied apprenticeship helped her take the step into full-time work as a performing musician before her 20th birthday in 1990 and, shortly after, she flew to Florida and worked with a touring rock band in the USA. Had she obtained the correct work visa she might have stayed there longer than 9 months!

Further blocks of international work followed throughout the 1990s. Lengthy stints in Cyprus (resident band at the Annabel) and Japan (9 months, no idea where, couldn’t understand the signs!) were interspersed with more varied work throughout the UK.

In 1993 she teamed up with guitarist David Young and entered the world of the tribute artist. Performing as Cher, Katy quickly realised her ability to change her voice was the key to her success.

Working and writing with David Young, as ‘Katy’s Komet’ they soon gained a recording contract and more touring followed. In 1998, by which time Katy had briefly been married and divorced, Komet gained a new bass guitarist – Andy Hodge, the next Mr Katy Setterfield.

Andy was working for the successful touring show ‘That’ll be the day’, www.thatllbetheday.com , and in 2000, invited Katy along to audition as the new lead female vocalist. Belting out a couple of Cher songs the gig was immediately hers and the opportunity to learn her stage skills was born. This touring show performs upward of 200 times per year, with two complete changes of material each 12 months. The director, Trevor Payne, suggested different artists for Katy to impersonate: Tina Turner, Debbie Harry, Shirley Bassey, Sandie Shaw, Brenda Lee, Doris Day and many more were honed at this time.

But the masterstroke came with the discovery of Katy’s uncanny ability to ‘be’ Dusty Springfield. Every night she would raise the roof with renditions of all the Dusty classics.

In 2007 she made the decision to take Vocal Coaching lessons with Kim Chandler, www.kimchandler.net ,to better her chances of session work and touring with named artists. It was Kim who suggested Katy enter the BBC1/Endemol show ‘The One & Only’ and, after reaching the final 10 as both Cher and Dusty she won through to the live contest in January/February 2008. After 6 weeks of completely live performances in front of a regular 7 million viewers, Katy beat 11 other contestants (including Sinatra, Madonna, Britney and Robbie Williams) to the prize – a 3-month performance contract in ‘Legends’, Las Vegas.

During the TV series, mentors and coaches David & Carrie Grant, said of her ‘You don’t have to say you love me’ "…the best performance of the entire series" and were moved to tears (along with host Graham Norton and most of the studio audience) by her "stunning" ‘All I see Is you". The Grants also said "…Katy is a great singer. We’ve worked with the likes of Lionel Richie and Diana Ross, and she could easily hold her own with the REAL artists"

This is such a recent development that Katy isn’t sure which way the future will take her: the 3 months in Las Vegas are scheduled for May onwards. Katy loves being Dusty and all the other characters in her considerable repertoire, but she also has a truly great voice of her own. Maybe she’ll get the chance to show off herself too?

One thought on Dusty in Concert