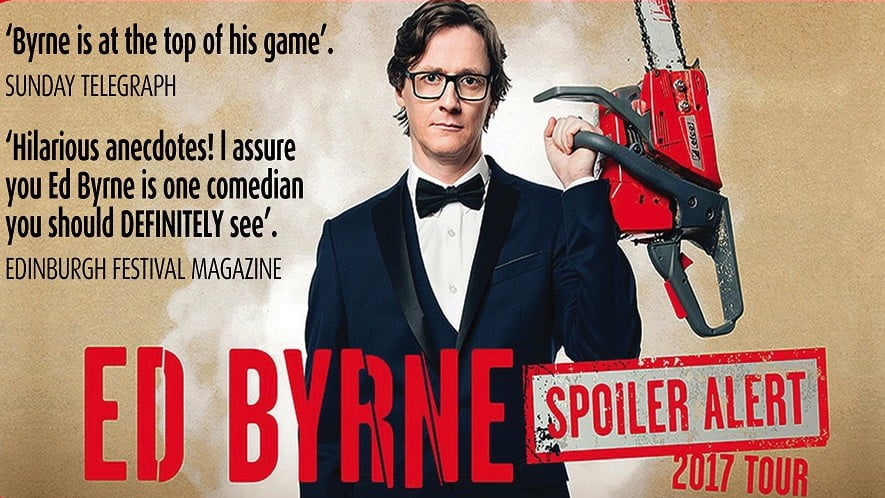 I originally intended to call the show, “I’ll Millennial You in a Minute”, but my promoter considered the title, “off-puttingly baffling”.   That’s my own chainsaw in the photo, by the way.

Is life that bad or have we good reason to complain about it? Are we filled with righteous anger at a world gone wrong or are we all just a bunch of whiny little brats? In short, are we spoiled? Come and watch as Byrne takes this question, turns it upside down and shakes it until the funny falls out. Go on, spoil yourself.

“A masterful display of the comics art…This is a seamless and perfectly timed show that could stand proudly next to any Izzard, Bailey, Carr or Skinner stadium-filler”  SUNDAY TIMES

“Byrne is at the top of his game” SUNDAY TELEGRAPH

“Superior stand up from the nerd next door” THE HERALD

“You can’t help but love him” IRISH SUN

“So artfully crafted” THE ARTS DESK

“One of the top acts to see year after year” ONE4REVIEW