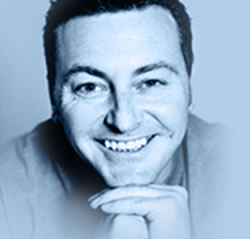 Gordon Smith is widely accepted as one of the most accurate mediums in
the world. and his Beyond Belief tour offers the opportunity to meet the
man who has captivated audiences worldwide.

Renowned for his
ability to give exact names of people and places rather than vague
sweeping statements. Gordon is the seventh son of a seventh son and has
been featured in numerous television documentaries.

He has toured
all over the globe, had his own television series and is the successful
author of several books about the Spirit World.

Observing him at
work proves a fascinating journey into the metaphysical world. Quite
how he does what he does is inexplicable – but few can argue that his
outstanding gift has brought comfort and healing to thousands of people
worldwide.

Shows of this nature are for entertainment
purposes only. Your psychic reading, if received, is subject to your own
personal interpretation and guidance given is not intended as
predictive. Psychic and mediumistic consultations are scientific
experiments and results cannot be guaranteed.