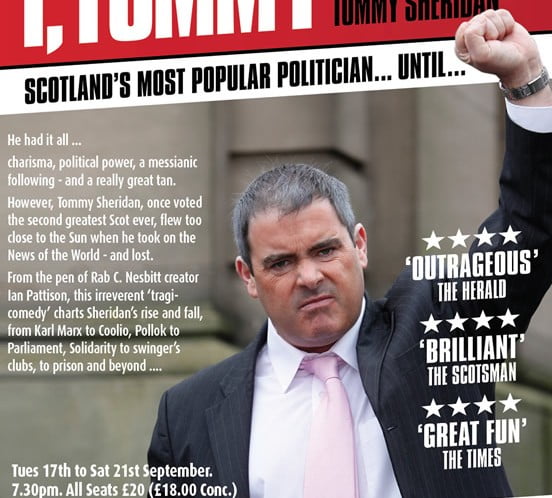 However, Tommy Sheridan, once voted the second greatest Scot ever, flew too close to the Sun when he took on the News of the World – and lost.

From the pen of Rab C. Nesbitt creator Ian Pattison, this irreverent ‘tragicomedy’ charts Sheridan’s rise and fall, from Karl Marx to Coolio, Pollok to Parliament, Solidarity to swinger’s clubs, to prison and beyond ….

3 thoughts on I, Tommy