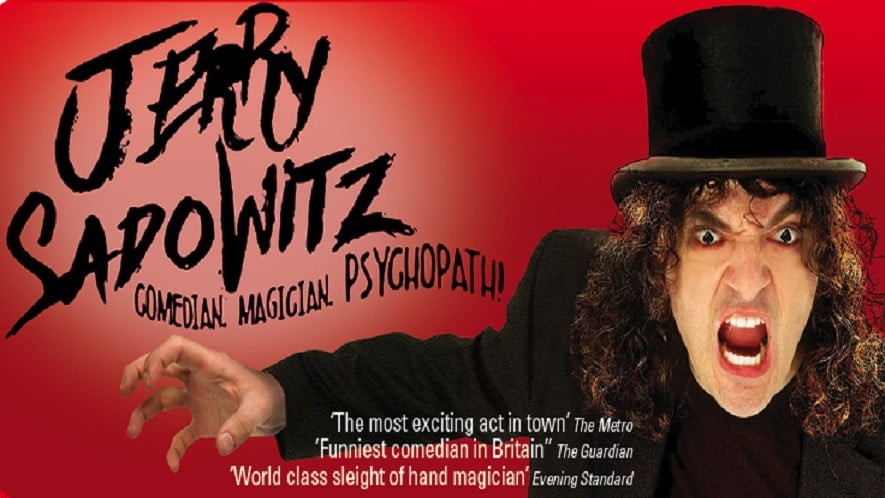 Jerry Sadowitz – comedian, magician, and all round scary man is back!! Actually he saved petrol and never left!!  With his unique combination of comedy, absolute hatred, and card tricks, every moment is guaranteed to make you feel better about YOURSELF as he bangs on about some pish or other. Last week it was something about cutting up eyeballs for baby boxes???? This week it could be about the situation in Sandi Toksvig. One thing’s for sure.. Whatever he says, it will be ripped off. Except the card tricks.. You have to be bloody good to do them.

Strictly over 18’s only!

‘The most exciting act in town’ The Metro

‘Funniest comedian in Britain” The Guardian