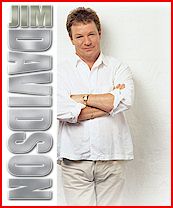 ADULTS ONLY!
LIVE AND UNCENSORED!

Jim Davidson returned to Glasgow’s Pavilion Theatre with a great new show of the true blue variety. With loads of laughs from one of Britain’s most well known entertainers!

Jim Davidson, one of the UK’s favourite funnymen, embarks on a series of live dates during 2003 in his hilarious adult stand-up show. We caught him at the Pavilion on Friday 7th February!

The fast-talking, controversial comedian treated his audience to the bluest, the funniest and the most outrageous comedy routine in the business.