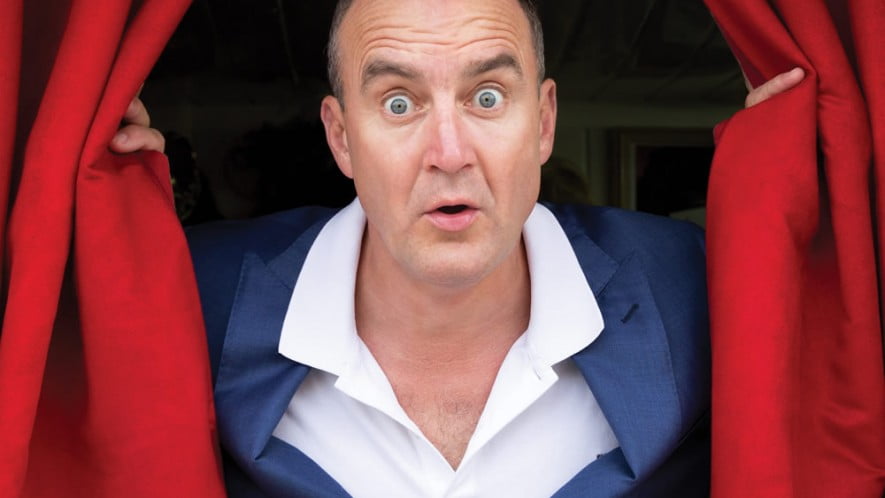 Hilarious world-class stand-up from internationally acclaimed star of ‘Live at the Apollo’, ‘Royal Variety Performance’, ‘Ch4’s O2 Comedy Gala’. Hailed as one of live comedy’s masters, Jimeóin’s shows are a fluid mixture of his signature observations and more razor-sharp take on the absurdities of everyday life. No-gimmicks, big laughs and live stand-up at its’ very best.

‘Hilarious… It gets no better than this… Brilliant!’  (Time Out)

‘Jimeóin recalls the familiar at a fantastically silly level, boiling his audience down to a tear-filled, gibbering mess’   (Scotland on Sunday)

‘As sharp as they come’  (Evening Standard)

‘A series of hilarious, often surrealistic climaxes. This is the comedy of one who truly perceives human behaviour, breaks it up and puts it all together again in all its ridiculousness, to leave you with your eyes streaming… Comic genius’  (Evening News, Edinburgh)

‘As sharp as they come… Laser-accurate with his observational comedy… No one else raises so many laughs by doing so little – his expressive eyebrows deserve a spin-off gig of their own… Not so much stand-up comedian, more stand-up David Attenborough… This is comedy of the highest order, both distinctive and instantly accessible… Inspired!’  (Evening Standard, London)

JIMEÓIN – IS IT…?! – COVID Information