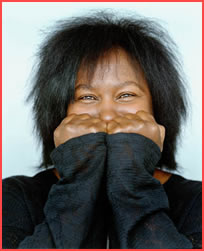 Joan Armatrading’s music is effortlessly eclectic with sounds ranging from folk to sophisticated pop, an apt mix for a performer born under the palms of the West Indies and raised beneath the smokestacks of Birmingham, England.

By the early ’70s, Joan moved to London and released her debut Whatever’s for Us. The career that followed has seen the birth of classics – Love and Affection, Down to Zero, Drop the Pilot, Me Myself and I and The Weakness in Me-two Grammy nominations, 18 gold records and 10 platinum records in seven countries by 1980, plus consistent, enviable critical acclaim.

Her latest album What’s Inside has hailed many praises from USA Today stating “Her rich-timbered vocals and muscular guitar playing are the strength of this album” to the New York Times calling it “the more reflective tone of her best 1970s work. The first single of the album has made its way to the top of the triple A charts.