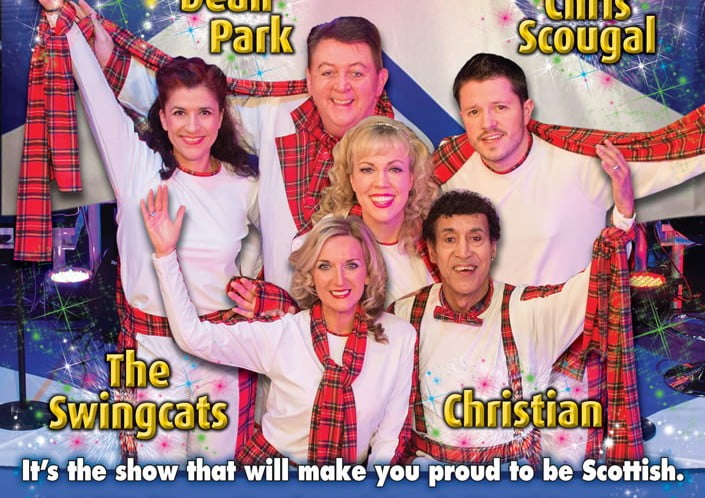 Jock’N’Roll is a Brand New Musical Comedy following on the footsteps from the now famous Jukebox Memories.

It is also where the Television, The Telephone, Flush Toilets, Fridges, Penicillin and Tar macadam were invented. Famous for its Friendly, Welcoming People and Culture but through the years, Scotland has been even more famous for its varied Musical Performers and musical Hits; not just in Scotland and the UK … but across the World.

From the early days of Sir Harry Lauder, who was once the world’s highest paid performer, to Music Hall favourite and International Star Andy Stewart.

Bands from the 60’s like Marmalade, Middle of the Road, and from the 70’s –Nazareth and the special two from Autermuchty; The Proclaimers, not forgetting the incredible musical talents of Gerry Rafferty. Scotland is also known for its many talented female performers; Lena Zavaroni, Annie Lennox, Kelly Marie, Glasgow’s own Lulu, Lena Martell, and the lass from Bellshill – World famous recording star Sheena Easton and how can we leave out  Susan Boyle!

The list goes on and on and so do the Hits. They have all been brought together in this truly amazing tribute to all the great Scottish artists through the years.

It’s a sing-along show for all ages, but most of all it takes you on an exciting Scottish  musical journey featuring;

Stop your Tickling Jock, My Old Man’s a Dustman, Delilah, Shang-a Lang, 500 miles, Shout, Ob-La-Di Ob-La-Da, Chirpy Chirpy Cheep Cheep, For Your Eyes Only, Walking on Broken Glass, Love Hurts, Darlin’, Love is all Around, Caledonia,  Dignity, Keep on Dancing, and lots more, with over 50 Scottish classic hits in one great show!

You just won’t belief that we can pack as many songs into this production and we are sure that you will remember every one of them. You will be amazed that you still remember all the words.

Starring the  all Star Scottish cast From JUKEBOX MEMORIES including singers, dancers and musicians; Jock N’ Roll is the first real tribute to the Legends of Scottish Entertainment and it’s at The Scottish National Theatre of Variety; The Pavilion Theatre Glasgow … the true home of Scottish entertainment. 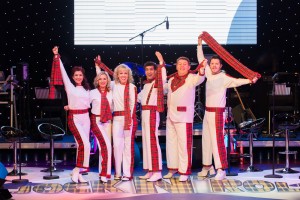 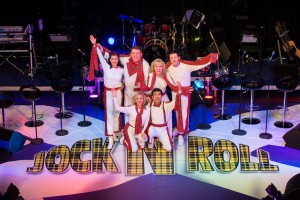