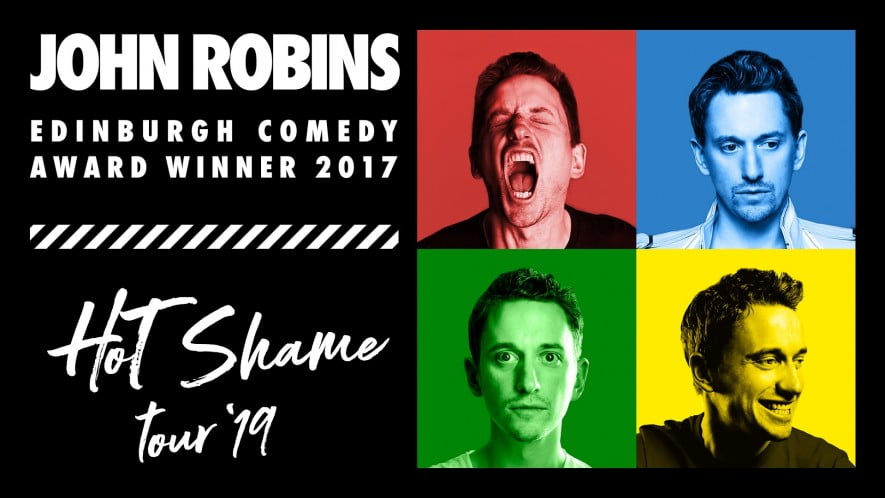 Join John Robins for his new stand-up show following the critically lauded, sell-out smash, ‘The Darkness Of Robins’.  As well as receiving widespread acclaim for his radio show with Elis James, John Robins has gained a reputation as a stand-up for finding humour in our bleakest moments. Expect soul-bearing, self-lacerating, piping-hot shame!

As seen on Live At The Apollo, Mock The Week, Live At The BBC, 8 Out Of 10 Cats Does Countdown

Support comes from friend and comedian ‘The Lovely’ Robin Allender, Finalist in the 2017 So You Think You’re Funny competition!

“He fills the room with complicated joy” – The Guardian

“One of the most naturally gifted comedians I’ve seen” –Telegraph

“An hour in his charming, generous and honest company is so effortlessly entertaining” – Chortle

“Comedy’s best kept secret, I urge you to see this show” – Skinny

“A broken heart in a jesters cap” – The Guardian