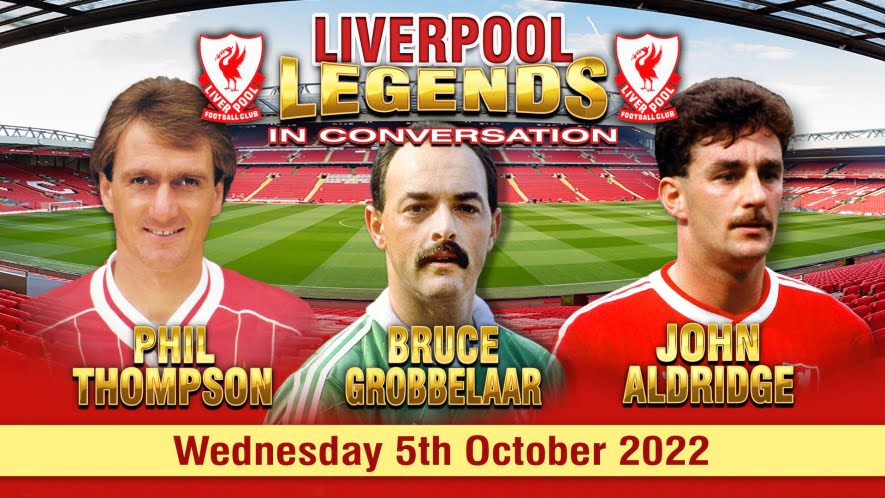 Relive the highs and lows of the team that dominated the 80s – starring European Cup lifting captain Phil Thompson, colourful goalkeeper Bruce Grobbelaar and record breaking striker John Aldridge as they talk about that famous Liverpool side as they took them to a legendary European Cup final (many times), league and League Cup treble among five title‐winning seasons.

Listen as they talk about the big games, the dressing room and what goes on, the training ground stories, talk about the managers they played under: Bob Paisley, Joe Fagan and of course King Kenny, plus the fall outs and more are discussed, all accompanied by a candid Q&A.

VIP Tickets available which include: Premium seating within the auditorium, meet and greet the players and a professional photo and which can be downloaded 24 hours after the event. This begins at 6pm sharp.