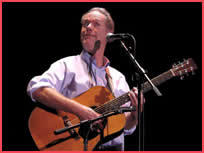 Wainwright became a folk singer/songwriter in the late ’60s, singing humorous and nakedly honest autobiographical songs.His confessional brand of folk originally captured ears for his honesty and wry sense of humor, and in 1972 he managed to crack the pop charts with his novelty hit “Dead Skunk.” Never one to shy away from attention or a chance to speak his mind, Wainwright has attracted a major cult following due to his charismatic onstage persona.