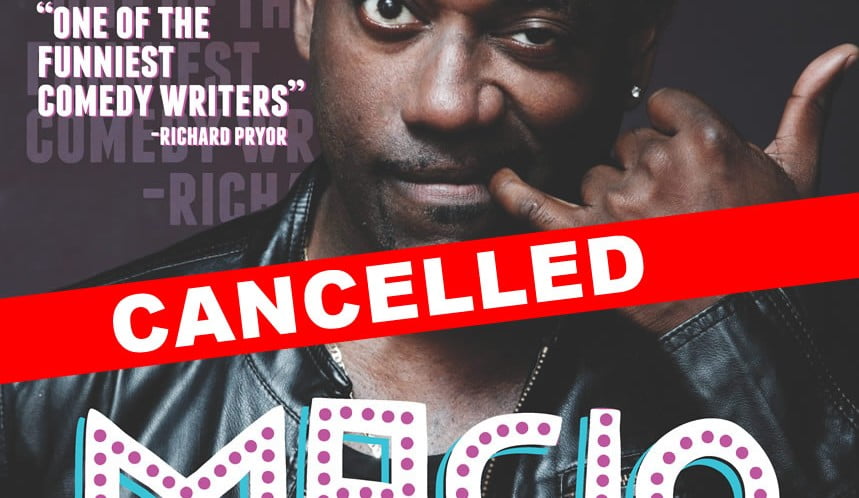 We regret to inform you that this show has been cancelled. We apologise for any inconvenience caused and will be in contact with ticket holders soon with details on the refunding of tickets purchased.

Star of “In Living Colour” and “Saturday Night Live”

Hilariously Funny, not To Be Missed!

The popular comedian/actor began writing his thoughts down and performing from the age of 15. His first professional gig was performing at the world famous Apollo Theatre in Harlem, NY and he eventually made his way downtown to perform late nights sharing the stages with Jerry Seinfeld, Chris Rock, Greg Geraldo, Jim Norton, Dave Chapelle, Tracy Morgan and many other up and coming artists.

With a growing fan base and respect from his peers, Macio eventually landed a role on the Fox syndicated UptownComedy Club with fellow alumni Tracy Morgan (30 Rock) and Jim Breuer (Saturday Night Live) and he began co-writing with the legend Paul Mooney (In Living Colour, The Richard Pryor Show, Live on the Sunset Strip, Is It Something I Said and Bicentennial N***er), who also wrote for Richard Pryor.  He was then invited to appear with other artists as guest performer alongside Luther Vandross, Patti Labelle, The Temptations, Smokey Robinson and Donna Summer on their arena and major theatre stages.

Macio was discovered by Jennifer Part, a television producer for a UPN affiliate who along with Quincy Jones and David Salsman, creators of Madd, the sketch comedy show and was invited to star in his very own sitcom entitled The Macio Project, which was parked due to demand from his other commitments.

Macio’s observational style of comedy is inspired by Eddie Murphy,  Whoopi Goldberg, and strangely, Samuel L Jackson, whom Macio claims is the funniest of them all.

As his talents became recognizable through stage and television, Macio attracted the attention of advertising executives and he was invited to put his writing skills to major advertising campaigns for AT&T, Home Depot, Ford and Lincoln, Pepsi Cola, McDonalds, Burger King, Glaxxo Welcome and many others.

With a wife and three adorable children, Macio was committed to helping raise his kids alongside his supporting wife and he is embarking on reviving television and stage opportunities now that the children are older and more independent.