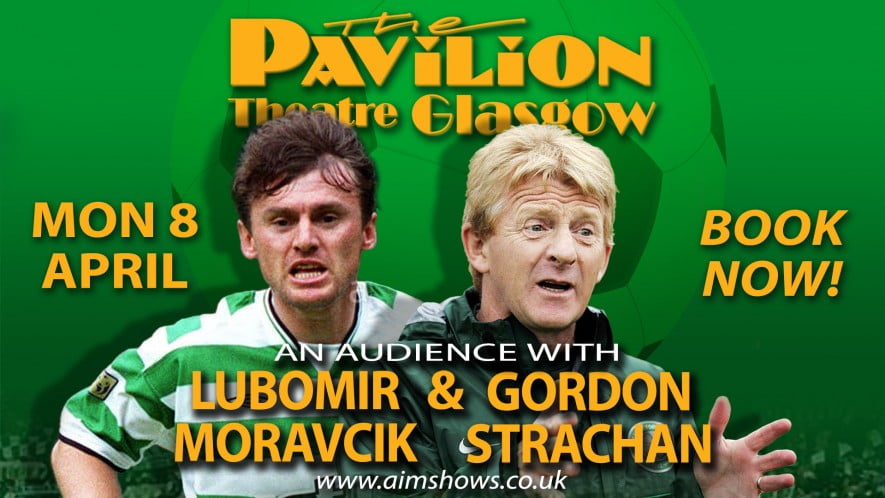 Unfortunately, Celtic FC have advised the promoter of the show “An Evening with Neil Lennon and Gordon Strachan” that Neil Lennon is no longer available and that he is the property of Celtic FC.

Due to this, we have arranged what we feel is a very good replacement,  Lubo Moravcik, who hailed his time at Celtic his most special time in football and is a favourite of most Celtic fans who will have tales to tell and make this a very entertaining night along with Gordon Strachan.

Lubomir Moravcik and Gordon Strachan are intertwined in the successful modern story of Celtic Football Club.

Lubo, popularly characterised by the club’s support as “A Gift From God”, arrived at Celtic Park in 1998 at the age of 33. His sublime performances marked him out as one of the most-talented players ever to wear the green and white hoops and in his 4 years in Glasgow he won 2 SPL titles, 1 Scottish Cup and 2 League Cups.

Gordon became Celtic manager in 2005, after being in charge of Coventry City and Southampton, and remained for 4 seasons becoming the first Hoops’ boss to win 3 League titles in a row since Jock Stein as well as 1 Scottish Cup and 2 Scottish League Cups. He was also the first Celtic manager to take the Celts into the knockout stages of the UEFA Champions League.

In addition, both men played in midfield for a variety of clubs that saw Lubo display his talents across Slovakia, France and Germany whilst Gordon held silverware up for Aberdeen, Manchester United and Leeds United and each won a large number of caps for the former Czechoslovakia/Slovakia and Scotland respectively. Gordon was also Scottish national team manager from 2013-2017.

They are two of the most respected characters in the game and will be joined on stage by writer and broadcaster, Gerry McDade as they discuss their careers as well their own individual take on life itself. It promises to be a thought-provoking evening of entertainment, hilarity and candour and you won’t want to miss this great opportunity to hear the thoughts of two of the biggest names in the beautiful game! 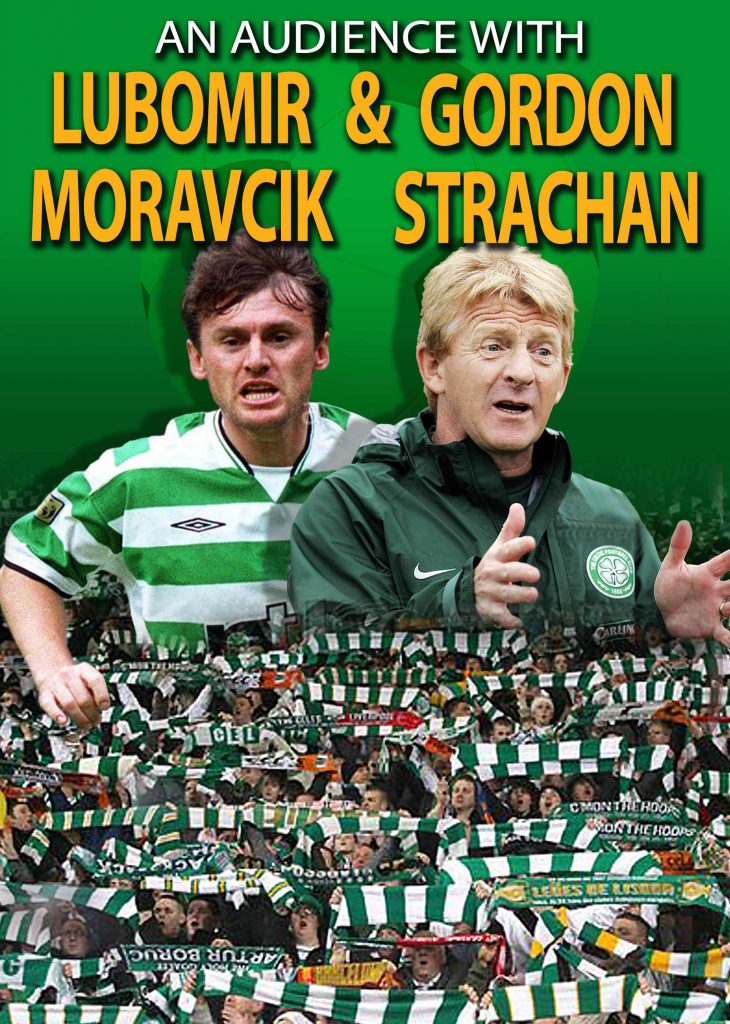 One thought on Midfield & Management: An Evening With Lubo Moravcik & Gordon Strachan