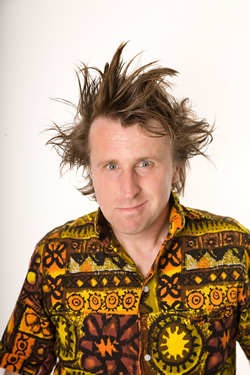 Milton Jones, – you know the
weird bloke with the shirts from Mock the Week. As well as star of the Michael
Mcintyre Roadshow, and the voice of 8 series for Radio 4 (including The Very
World of Milton Jones and Another Case of Milton Jones) and all sorts of other
radio and telly as well. Awards too. Well it’s his new show with new stuff, not
in his last show. Youtube him or something….

‘Sultan of the surreal’ The Guardian