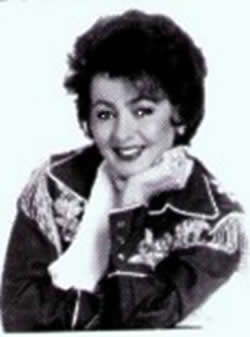 Co-starring George Hamilton IV and Sandy Kelly, Patsy Cline – The Concert combines the timeless music with fond memories of the life and times of the greatest female Country singer of all time.

The concert, marking the 40th Anniversary of the singer’s death, will feature all the Patsy Cline standards, including showstoppers like Crazy, Sweet Dreams, I Fall to Pieces, Back in Baby’s Arms and She’s Got You. The concert also features the music of some of the Country legends from the era, including Hank Williams, Brenda Lee, Loretta Lynn, Little Jimmy Dickens.

Ireland’s International Lady of Song Sandy Kelly has thrilled audiences the length and breadth of Britain, Ireland and beyond with her crystal clear interpretation of some of the greatest songs ever recorded.