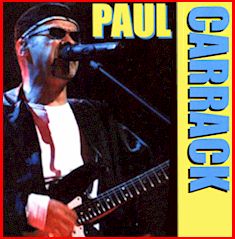 Often called ‘the singer’s singer’ Paul Carrack, one of Britain’s most distinctive voices, brought his natural soul qualities to the Pavilion stage.

The singer-songwriter who has collaborated with many well known artists, Elton John, Eric Clapton, BB King, Simply Red, Squeeze and Mark Knopfler to name but a few, is probably best known  as the front man to Mike & The Mechanics and the voice behind the haunting ‘Living Years’ which became a huge worldwide hit.

This show was loved by those who appreciate great music played by superb musicians.

Why not visit the PAUL CARRACK
web site now? Click on this link….