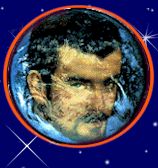 Peter’s stage show was a mix of comedy, mystery, mirth and mayhem. We watched the hilarious antics of willing volunteers who succumbed to this man’s astonishing hypnotic power.

Plus the now legendary MIDNIGHT MADNESS SHOW had a STRICTLY ADULT ONLY theme, where just about anything did happen!