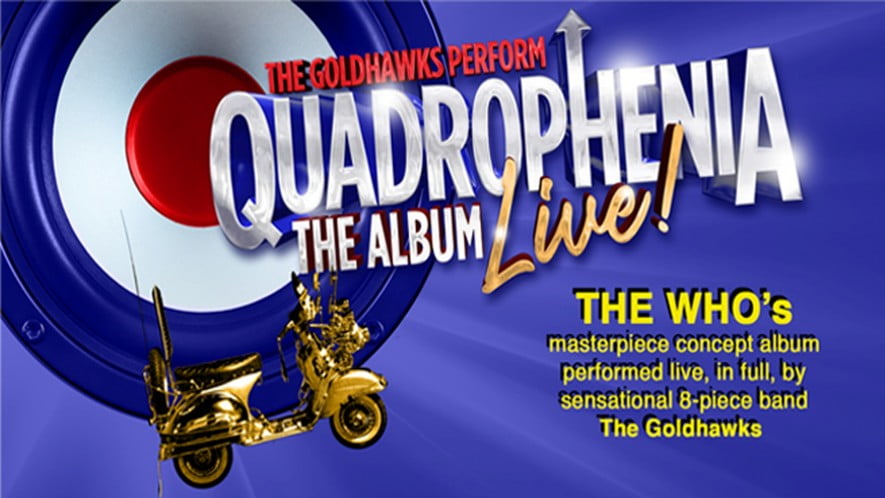 Unfortunately, we are disappointed to announce that Quadrophenia, The Album, scheduled for Saturday 1st September 2018 has been rescheduled  to Thursday 11th October 2018 due to the ongoing restrictions around the theatre caused by the major fire in the city centre.

This production, acclaimed by a Sunday Times journalist as “Mighty, moving and unstoppable,” sees 8-piece band, The Goldhawks deliver a stunning live performance of The Who’s smash-hit concept album, ‘Quadrophenia.’

Backed with exciting, large-screen projection of archival footage, the emotions, tension and raw power that the music demands is delivered masterfully by the fabulous, charismatic band The Goldhawks with amazing replication of The Who’s sound.