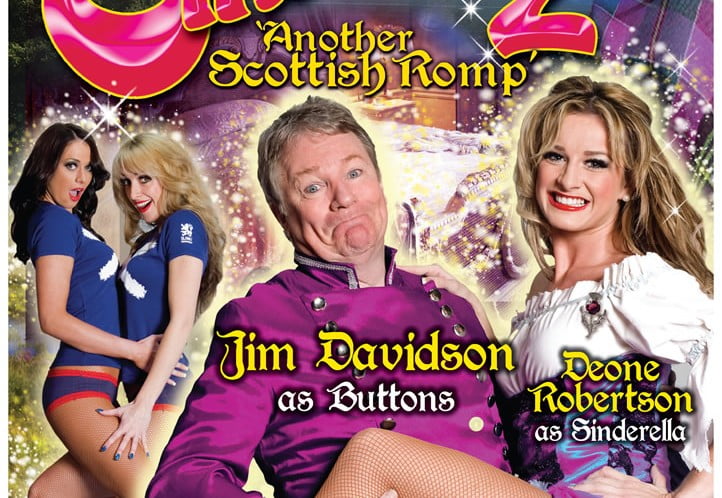 Unfortunately due to Health and safety and staffing concerns, we have had no alternative than to cancel the remaining performances of Sinderella on Friday 20th March and Saturday 21st March.

If you have paid by credit or debit card, simply call the theatre box office on 0141-332-1846 to get a full refund on your tickets, please have your card details ready.

If you have paid by cash, return your tickets to the theatre box office to get a full refund.

We have to apologise but we were left with no alternative.

It’s the World Premier of Sinderella 2.

We all know what a sensation that the original Sinderella caused at theatre box offices throughout the country,  now Comedy Legend and legendary CBB Winner  Jim Davidson has written a brand new sequel  Strictly for ADULTS ONLY set right here in Bonny Scotland.

The sounds of “Behind you” and “ Oh No You Won’t” will have a truly different meaning in this Hilarious brand new production.

With a full Scottish cast this will surely be Sinderella 2 at its very best.

Come and join in this great adventurous romp and remember to leave the kids at home this is one is for Adults Only.

If you enjoyed the first Scottish Romp you are sure to enjoy this hilarious sequel.

Sinderella 2 … Another Scottish Romp! … It will be the Best Fun Night Out that you will have this year.

William Armour as The Baron

James McAnerny as The Bonny Prince

Nicola Park as The Fairy Godmother

Iain Gouck as The Ugly Sister

Laurie McNicol as The other Ugly Sister