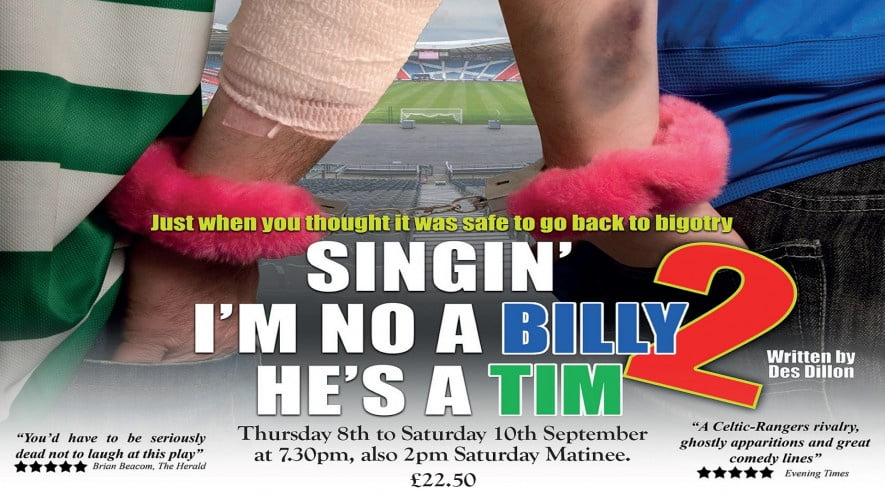 Brought to you by Chris Taylor Productions, Scotland’s favourite bigots are back at the Pavilion where it all began in this hilarious sequel to Des Dillon’s smash hit comedy, Singing I’m No A Billy He’s A Tim.

Join Billy and Tim as they find themselves stuck in the medical room at Hampden Park during the Scottish Cup final between Rangers and Celtic after making a bet that backfires with spectacular consequences. Throw in a gallus wee Glesga ghost on a mission from God and fiery Polish nurse with no time for nonsense and watch ninety minutes of outrageous comedy unfold.