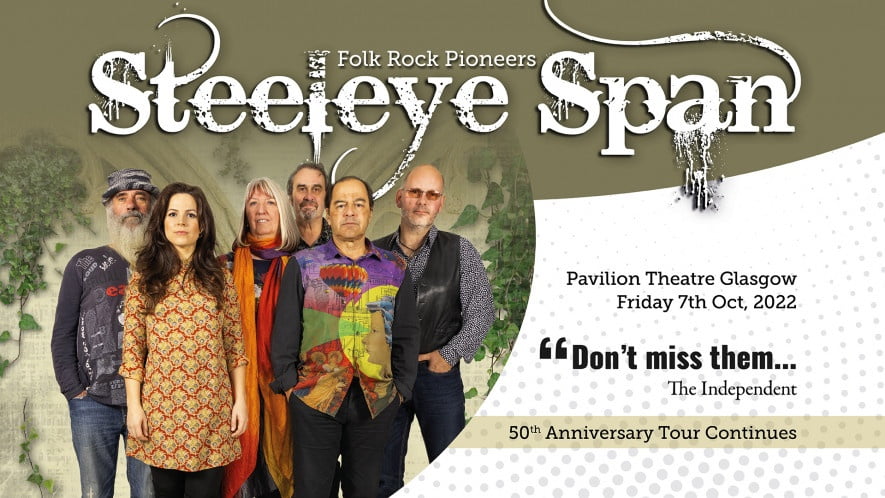 The early 1970s would prove to be the start of an historic period for music and the world at large. For Steeleye Span it would mark a major milestone with the release of three albums in two years, including their classic debut Hark The Village Wait. Five decades on and the band, led as ever by the iconic vocals of Maddy Prior, celebrate with a night of career favourites and gems as well as tracks from those ground-breaking early releases.

“Don’t miss them…” – The Independent