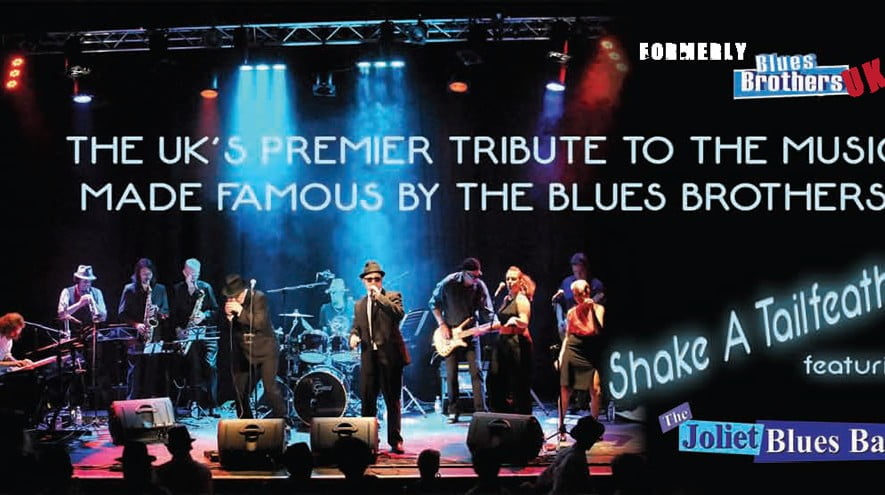 DUE TO CIRCUMSTANCES BEYOND OUR CONTROL, THIS SHOW HAS BEEN CANCELLED

Formerly Blues Brothers UK and featuring the talents of award winning actors Dave Ratty and Iain Barton as Jake and Elwood, The Joliet Blues Band is the UK’s premier tribute to the music of the Blues Brothers. They are on a mission to bring the best loved songs from the repertoire to the UK. Supported by the mighty voices of The BeeVees and a fabulous 7 piece blues and soul band, they reignite those old favourites from both Blues Brothers’ films and concerts including, of course, Shake a Tail Feather, Sweet Home Chicago, Everybody Needs Somebody, Gimme Some Lovin, Peter Gunn and Soul Man.

Appearing in Theatres across the country and wowing Festivals with their live show (including, in 2012, Glastonbudget, Camp Bestival and opening CarFest South for BBC Children in Need) this band are guaranteed to get you dancing.

Those that are already fans will love the authenticity, those that are Blues Brothers virgins will be in for an experience that will blow their mind. So don your shades and fedora and join the mission!”