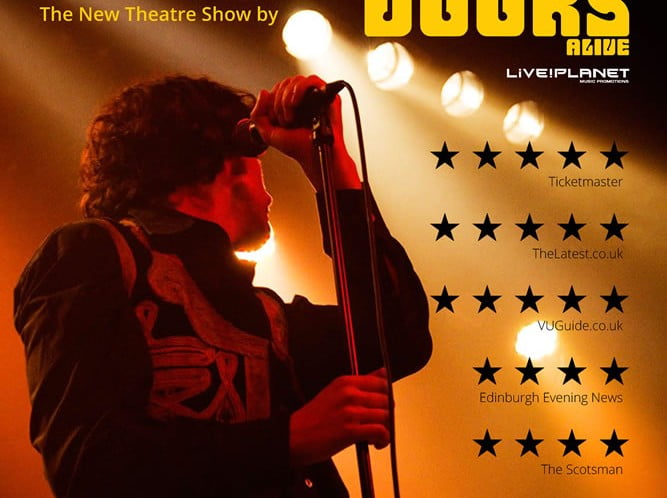 Take a journey through the career of the legendary band, The Doors, in this 2-part, chronological story with mind-bending light and projection.

Having wowed audiences around the world over the past few years, the Doors Alive developed this revolutionary and unique show to take the audience to a new level.

The Doors Alive are a British tribute band widely regarded as the closest and most enthralling representation of the legendary 1960’s rock gods Doors in the world today.

The band re-create the sound, look, presence and magic of a real 1960’s Doors concert, perfectly and effortlessly transporting the audience back in time with classic hits such as ‘Light My Fire’, ‘When The Music’s Over, Riders On The Storm, The End and many more.

The Doors Alive have left awestruck audiences all over the world and repeatedly sold out some of the most well established venues in the country, including 02 Academies all over the U.K.

One thought on The Doors Alive present Perception