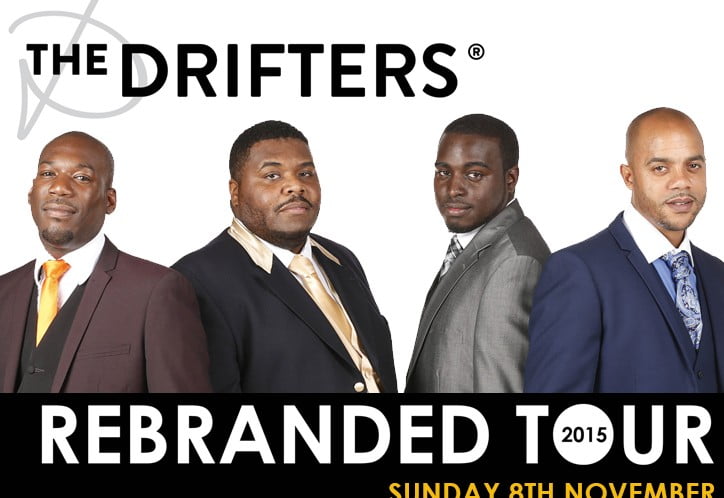 Following on from the success of their recent tours, the current line up brings you the Rebranded Tour 2015 defining the evolution of the phenomenal story of the Drifters through its music from the past to the present. This high energy show brings many of the greatest hits ‘Under The Boardwalk’, ‘Saturday Night At The Movies’, ‘Up On The Roof’, ‘Kissin In The Back Row’, ‘Down on the Beach’, ‘More Than A Number In My Little Red Book’ along with newer songs that have evolved through the first new recordings in over 30 years.

With over 65 members in over 60 years the brand continues today with the only official line up in the world. Promising to bring the best performance standards with the groups four part harmonies through some of their vast back catalogue of songs along with the continued musical evolution of the band through their new recordings. This concert is guaranteed to bring a musical extravaganza along with a world-class band, production and some
very smooth moves.