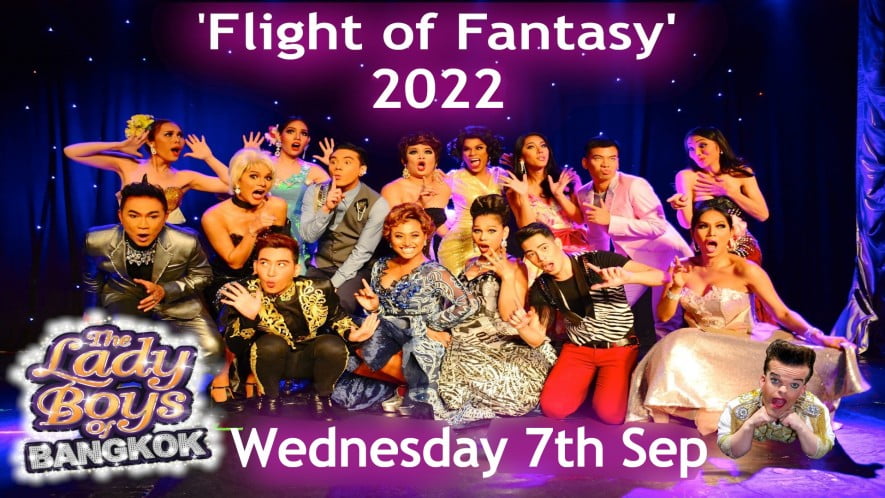 The ladyboys of Bangkok are back with their most elaborate show yet………………..  ‘’ FLIGHT OF FANTASY ‘’

Climb aboard for the ride of your lives as 16 of the world’s most glamorous showgirls (who just happen to be men !) take you soaring to a new world  of dazzling diamante dipped song and dance destinations  .

Comedy turbulence is definitely the in-flight order of the day as your cabin crew,  Ole and Jamie John, (Miss D.Q. the UKs only dwarf Drag queen ) will be sending you mile high at the biggest party in town !!

Pop icons including …Cher … Tina Turner …Calvin Harris…Alexander Burke.. the Village People …Shania Twain and so many more will have you dancing in the aisles.

Book your tickets and step aboard our FLIGHT OF FANTASY.. the new sensational show for 2020 from the Ladyboys of Bangkok !